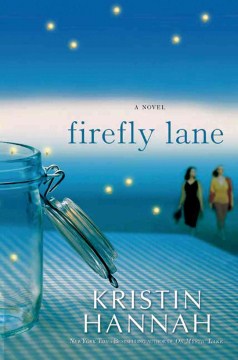 Hannah limns the depths of female friendship in her new novel, which follows a girlhood bond that matures into an adult one. Tully Hart and Kate Mularkey come from different backgrounds: vivacious Tully has been abandoned by her hippie mother while studious Kate comes from a stable and loving family. After a devastating incident at a party, 14-year-old Tully finds herself confiding in Kate, thus beginning their unlikely friendship. Through dogged determination, ambitious Tully, who longs to be an anchorwoman, manages to secure them both jobs at a small television station after college; but while Tully pursues her dream of being a reporter, Kate falls for their handsome boss. The women's friendship remains strong as Tully fights her way to the top of the journalistic ladder and Kate finds a new purpose in motherhood, until a betrayal and a tragedy threaten their long-standing bond. Covering the 1970s to the new millennium, Hannah's latest is a moving and realistic portrait of a complex and enduring friendship. Expect female readers to flock to this absorbing novel. Copyright 2007 Booklist Reviews.

When Kate first sees Tully as she's waiting for the bus to take her to her first day at a new school, Kate thinks Tully's the coolest girl in the world. Kate is a shy, insecure rule follower, and Tully helps her to come out of her shell and take chances. Both girls need a best friend, and the bond they form is strong enough to last a lifetime. Hannah's (On Mystic Lake ) 16th novel explores a friendship that spans three decades and the different paths Kate and Tully take. Tully's ambition to be a journalist brings her all the way to network anchor and beyond, while Kate finds love with a man who first had been smitten with Tully. The women have their problems over the years, stemming from Kate's insecurities and Tully's willingness to sacrifice anything for her career, but in the end their friendship endures when it matters. Hannah captures the feeling of the 1970s and 1980s, exploring some serious issues as well. A tearjerker that is sure to please the author's many fans; recommended for popular fiction collections. [See Prepub Alert, LJ 10/15/07.]—Karen Core, Detroit P.L.

Unhip Kate and glamorous Tully are so close they're known as KateandTully. But the promise to be friends forever doesn't work out. With a national tour; reading group guide. Copyright 2007 Reed Business Information.

Hannah (On Mystic Lake) goes a little too far into Lifetime movie territory in her latest, an epic exploration of the complicated terrain between best friends—one who chooses marriage and motherhood while the other opts for career and celebrity. The adventures of poor, ambitious Tully Hart and middle-class romantic Kate Mularkey begin in the 1970s, but don't really get moving until about halfway into the book, when Tully, who claws her way to the heights of broadcast journalism, discovers it's lonely at the top, and Katie, a stay-at-home Seattle housewife, forgets what it's like to be a rebellious teen. What holds the overlong narrative together is the appealing nature of Tully and Katie's devotion to one another even as they are repeatedly tested by jealousy and ambition. Katie's husband, Johnny, is smitten with Tully, and Tully, who is abandoned by her own booze-and-drug-addled mother, relishes the adoration from Katie's daughter, Marah. Hannah takes the easy way out with an over-the-top tear-jerker ending, though her upbeat message of the power of friendship and family will, for some readers, trump even the most contrived plot twists. (Feb.)

I almost forgot about youMcMillan, Terry

The girls of AugustSiddons, Anne Rivers